Do you own a piece by Jacques Lipchitz and would you like to know more about the work and its value? Our Experts will carry out a free appraisal of your sculpture, provide you with an estimate of the market price, and help you to sell it at the best price.

Status, estimation and price of the artist Jacques Lipchitz

If you would like to have a work by Jacques Lipchitz appraised, our experts will take care of everything.

The beginnings of Jacques Lipchitz

Jacques Lipchitz was a sculptor born on 22 August 1891 in Lithuania who died on 26 May 1973 in Capri, Italy. Under the influence of his father, he studied engineering, but pushed by his mother, he left for Paris at the age of 18 to study at the École des Beaux-Arts before attending the Académie Julian.

He was very quickly attracted by the cubist avant-garde and soon joined the artistic community of Montmartre and Montparnasse where artists such as Juan Gris, Pablo Picasso or Amedeo Modigliani figured.

The cubist sculptures of Jacques Lipchitz

In this environment, Lipchitz soon began to create cubist sculptures. In 1912, he exhibited at the Salon de la Société Nationale des Beaux-Arts and at the Salon d’Automne. In 1922, he organised his first solo exhibition at the Galerie “L’Effort Moderne” of Léonce Rosenberg.

At that time, Lipchitz described his works as “abstract architectural sculptures”. He developed and composed the idea of a human figure from abstract sculptural elements of line, plane and volume. This means that despite the abstraction, the work is based on the human figure.

In the 1920s, he experimented with other abstract forms which he called “Transparent Sculptures”. He uses the process of lost wax and gives his sculptures natural forms free of the angular and constrained structures of his previous works.

Later, he developed a more dynamic style revealed in his figurative and animal sculptures in bronze.

In 1924, Lipchitz was naturalised as a French citizen. During the German occupation during the Second World War and the deportation of Jews to Nazi camps, he had to leave France. He escaped the Nazi regime by going to the United States.

He was one of the 250 sculptors who exhibited at the Third International Sculpture Exhibition held at the Philadelphia Museum of Art in 1949.

In 1954, a retrospective of Lipchitz’s work was organized at the MoMA in New York and then at the Cleveland Museum of Art in Minneapolis.

In 1958 he became an American citizen and almost died. He recovered after receiving the blessing of a rabbi who asked him to reconnect with his Jewish religion. He settled in Capri and travelled regularly to Israel where he obtained important commissions, including a colossal sculpture entitled “Our Tree of Life” which he would not have time to finish. His second wife finished it for him. He is buried in Jerusalem.

Like many artists, Jacques Lipchitz did not sign all of his works. However, you will find below an example of the signatures to give you an idea. Variations of these signatures do exist, do not hesitate to contact one of our experts to formally authenticate a signature. 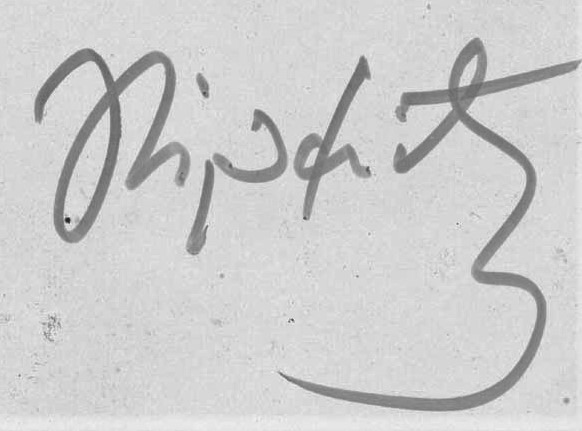 Appraise and sell a painting by Jacques Lipchitz

If you own a Jacques Lipchitz painting or any other sculpture, ask for a free estimate via our online form.