Do you own a work by André Lanskoy and would you like to know more about its value? Our Experts will carry out a free appraisal of your painting, to provide you with an estimate of the market price, then assist you to sell at the best price.

Status, estimation and prices of the artist André Lanskoy

André Lanskoy was born on 31 March 1902 in Moscow and died on 24 August 1976 in Paris. He studied in St. Petersburg and then in Kiev. He first turned towards a military career and joined the White Army in Kiev when the revolution of 1917 broke out. From his youth, he showed an interest in the visual manifestations of colour in everyday life.

From figurative art to abstraction

He arrived in Paris in 1921 as a self-taught artist and went to the Académie de la Grande Chaumière. He will devote himself to figurative painting then he turns to abstraction from 1938. He went to artistic institutions to discover the masters in this field and he became friends with painters such as Soutine and Larionov. His work was to be marked by his Russian origins.

In 1938, he took part in an exhibition with the unicorn group and he regularly exhibited at the Autumn exhibition where the critic Wilhelm Uhde was to notice him. In the two years that followed, the Bing Gallery devoted a solo exhibition to him. During this period, his work included still life scenes, interior scenes and portraits. In 1945, he met the artist Nicolas de Staël, who became a friend of his.

He was a great admirer of Paul Klee and Kandinsky, and his abstract period was inspired by these two artists. He went on to collaborate with the Louis Carré gallery. He will be attached to La Nouvelle de Paris alongside Manessier, Estève, Bazaine, Tal Coat, Singier, Vieira da Silva. His gesture was spontaneous and close to the lyrical genre. He would first and foremost turn towards colour, then succeed in playing with tones. He will create a sketch in pencil, charcoal or pastel.

In 1951, he created tapestry boxes for the Aubusson factory, one of which was acquired for the SS France in 1955. He also worked on collage for Pierre Lecuire’s Dédal and created etchings for the work “Dédale”. He worked on mosaics and went to Ravenna to improve his technique.

Like many artists, André Lanskoy did not sign all of his works. However, you will find below an example of a signature in order to give you a first idea. Variations of this signature exist: do not hesitate to contact one of our experts to authenticate a signature in a formal way. 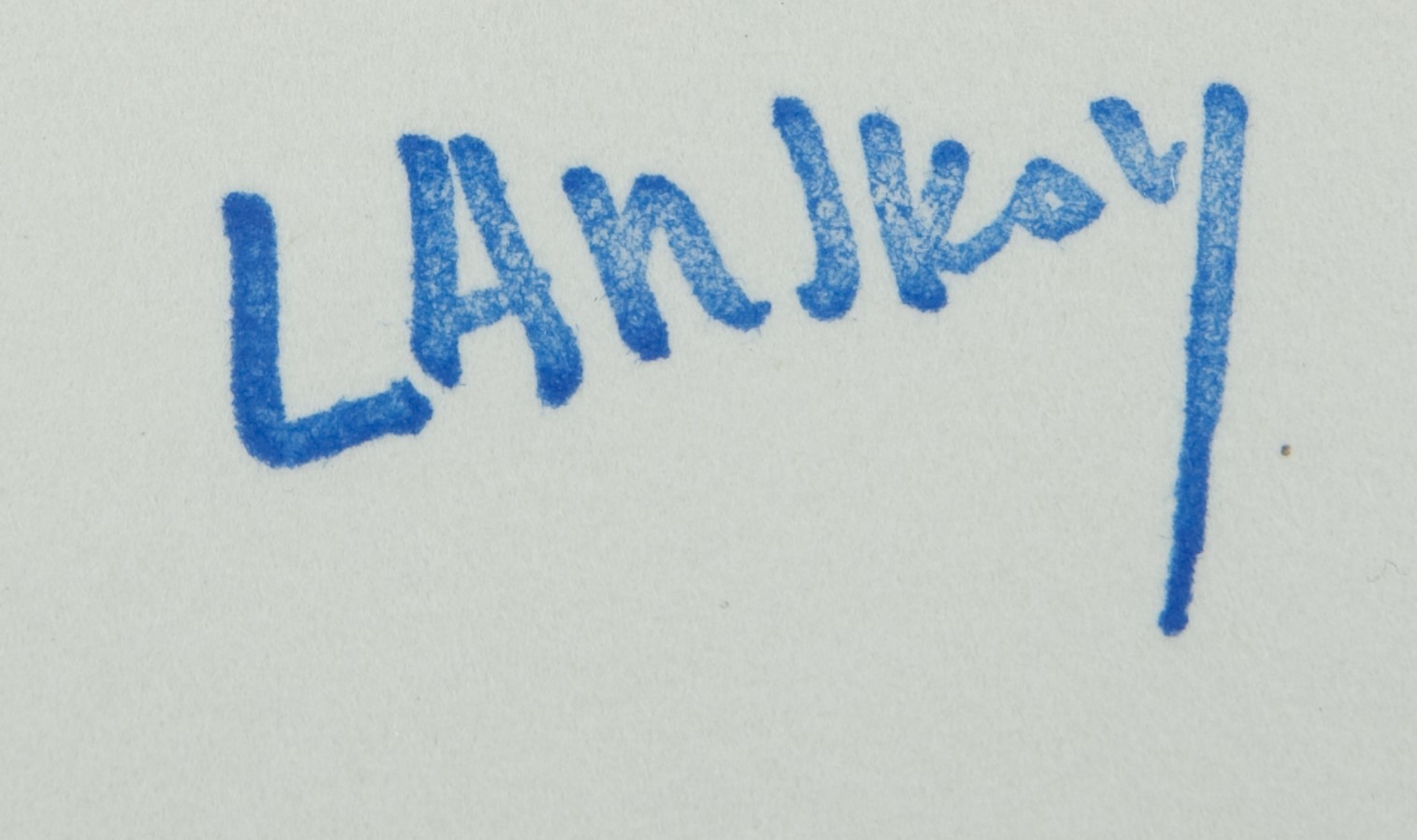 Appraising and selling a painting by André Lanskoy

If you own a painting or any other sculpture by André Lanskoy, ask for a free estimate via our online form.