Do you have a piece by Louise Bourgeois in your possession and would like to know its value? Our Experts will carry out a free appraisal of your piece, provide you with an estimate of the market price, and then help you to sell at the best possible price.

Quote, estimation and price of the artist Louise Bourgeois

If you would like to have a work by Louise Bourgeois appraised, our experts will take care of everything.

Louise Bourgeois was a French visual artist and sculptor born in Paris on 25 December 1911. She died in New York on 31 May 2010. Her parents both worked in ancient tapestry, her mother restored them, while her father ran the gallery. At the age of 10, Louise had already helped her parents by drawing tapestry designs.

She began her art studies at the École des Beaux-Arts de Paris. She trained in various academies and finished in 1936 at the École du Louvre. That same year, she opened a gallery where she sold paintings by great painters such as Eugène Delacroix, Odilon Redon, Henri Matisse and Pierre Bonnard. The following year she met her husband, and they moved to New York together in 1938. There, she came into contact with the surrealist movement.

Louise Bourgeois’ artistic production is concentrated in New York. Her early productions are marked by subjects such as the phallus, symbol of the father, and the spider, symbol of the mother and a reminder of her profession. At the end of the 1940s, Bourgeois began sculpting totem poles, longitudinal wooden figures that tend to symbolize the difficulty that men have in staying.

In 1951 Louise Bourgeois began a psychoanalysis that would last nearly 30 years and revolve around the figure of her father who had just died. She tried to break free from his hold and the psychological wounds he inflicted on her when she was young. Her creations and installations are metaphorical representations of her father through which she lets her anger shine through, such as The Destruction of the Father from 1974. She also tries to represent the issues and events that are related to her life experience. Engraving has always attracted the artist, but in the 1980s she devoted herself fully to it, encouraged by publishing houses.

In the 1970s, Louise Bourgeois’ work experienced a revival of interest. Her favourite themes such as sexuality, family and solitude were completely renewed in the way she dealt with them. Her monumental sculptures of spiders are among her best-known works.

In the last years of her life, Louise Bourgeois devoted herself almost exclusively to textiles, which reminded her of her childhood when she helped her parents to mend their tapestries. She began to make books in which she glued textiles.

In 2008, the Centre Pompidou organised a retrospective of her work.

Like many artists, Louise Bourgeois did not sign all of his works. However, you will find below an example of the signatures to give you an idea. Variations of these signatures do exist, do not hesitate to contact one of our experts to formally authenticate a signature. 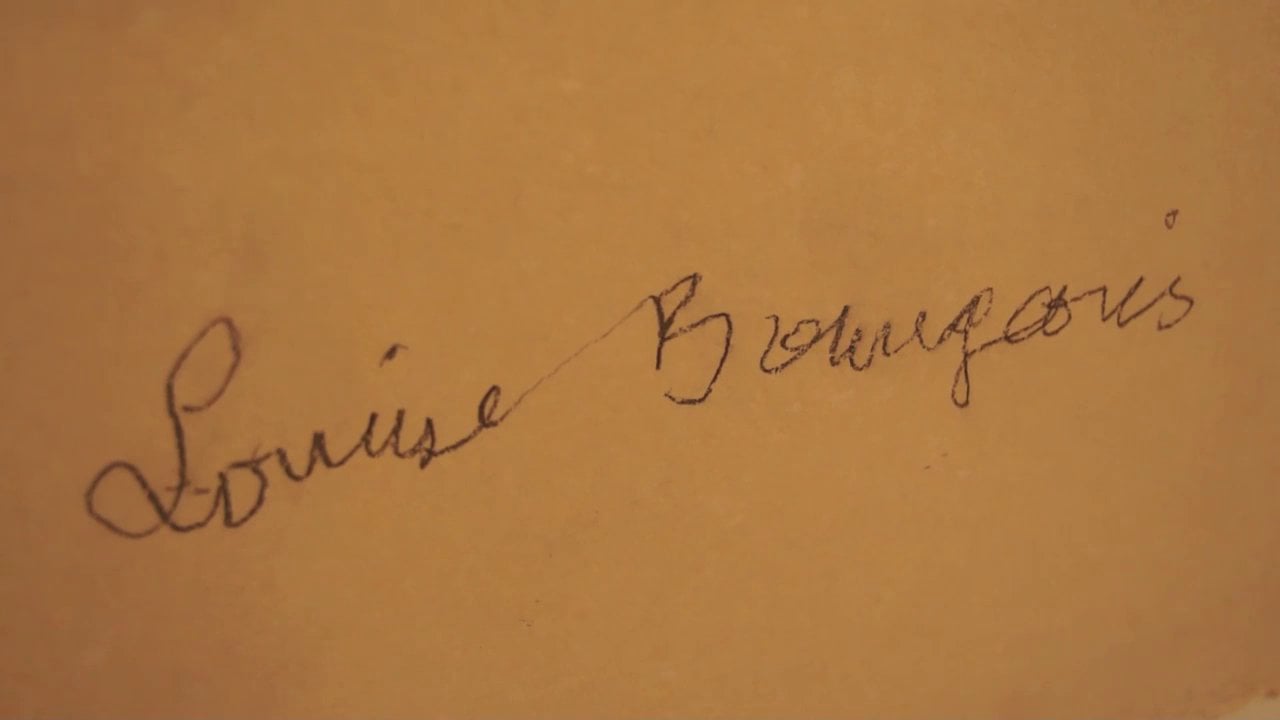 Appraising and selling a piece by Louise Bourgeois

If you own a piece by Louise Bourgeois or any other object, ask for a free estimate via our online form.